For many years, scientists and researchers are studying the use of Cannabis in treatment procedures of epilepsy and other neurological disorders. In 2018, the Food and Drug Administration (FDA) of U.S.A approved EPIDIOLEX (cannabidiol, CBD) oral solution for the medicaments of seizures linked to two epilepsy syndromes, namely Dravet syndrome and Gastaut syndrome. It is the foremost FDA approved medicine for curing seizures related to Dravet Syndrome and can be used by people of two years of age or older. 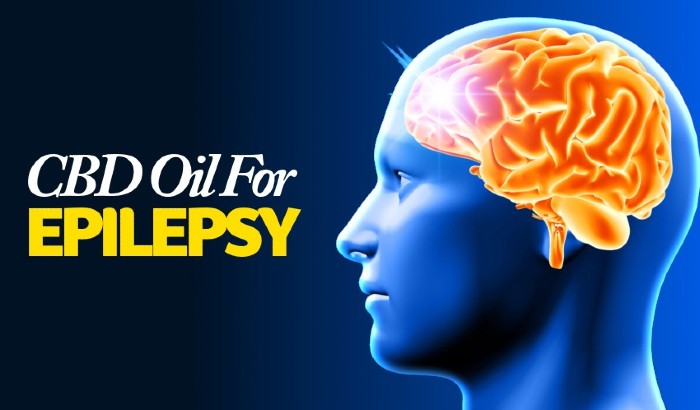 Cannabis is the name that is mostly preferred by pharmaceutical companies and botanists. Commonly people call it marijuana, which usually means the female flowers and leaves of the Cannabis plant. However, Medical Cannabis is the entire marijuana plant or the chemicals extracted from it, utilized for medical purposes.

How Cannabis Help in Curing Seizures?

Primary evidence from anecdotal reports, clinical studies, and laboratory studies over several years indicate that CBD is an aid to cure seizures. Since there was very limited access to CBD because of federal regulations, the research was difficult, as well as time-consuming. The other technical and financial constraints further aggravated the situation. But, today, there are enough research reports that prove the importance of CBD for treating seizures one experiences during epilepsy.

There are many active clinical trials where the researchers are trying to study the use of Epidiolex in patients suffering from the Sturge-Weber Syndrome and Tuberous Sclerosis Complex (1).

Hemp is another variety of cannabis plant and is traditionally grown for the compounds present in its seeds and stalks. It is increasingly being used to make upholstery, clothing fibers, and other household materials.

Hemp can be used in the medical industry because it has high amounts of CBD and low amounts of THC. However, Cannabinoids that are extracted from Hemp are classified as Schedule I chemicals by the DEA. Schedule I chemicals are currently not acceptable for medical applications because there are high chances of abuse. In 2018, there was a reclassification of hemp-derived CBD, making it an agricultural commodity instead of a Schedule I Drug.

Even after this reclassification, only Epidiolex is approved for treating epilepsy-related seizures. You can expect more CBD products to appear in the market soon for medical purposes, but each of them will not necessarily have the same properties and benefits.

Studies for supporting the use of CBD in Epilepsy

FDA approved the use of CBD after years of studies on Epidiolex. Scientists say that it is the most purified distillate of CBD obtained from the Cannabis plant. Researchers tried to study this medicine in accurately controlled clinical trials. During these studies, they formed a group of people in which some were given inactive pills and others were given CBD in different doses.

Here is the summary of the clinical trials of Epidiolex.

The concern of drug interactions

Some drug interactions were also revealed during the CBD study for epilepsy treatment. Although research is ongoing on such interactions, the following results will provide you with a clear picture.

People who experienced three times, or more than normal, increase in their liver enzymes, were also taking a frequently used medicine of anti-seizure known as Valproic Acid (VPA). Researchers believe that a byproduct or maybe a part of VPA interacts with CBD and increases the risk of a liver ailment in patients.

Some patients consumed Clobazam (Onfi) during seizures related to epilepsy. When the body breaks down this drug, one of its major parts interacts with CBD, which causes tiredness in people consuming both the medicines together.

The Farm Bill of 2018 exempted both hemp and hemp-derived products and CBD from being included in the Controlled Substances Act. Specifically, this bill withdraws all the federal restrictions surrounding CBD and legitimizes the manufacturing, cultivation, and sale of such products in the entire United States. But, this step does not imply that hemp and hemp-related products are safe for medical use.

More than half of the states in the USA have laws that permit cannabis recommendation and dispensation for medical purposes. The existing laws surrounding the state medical cannabis program are not affected by the Farm Bill of 2018. Individuals purchasing CBD from medical dispensaries and via physician recommendations are still necessitated to abide by the regulations.

When the FDA approved Epidiolex in 2018, medical providers were allowed to prescribe this medicine for Dravet Syndrome and LGS, in the same way they prescribed medicines for other seizures. The DEA also rescheduled Epidiolex to Schedule V, and all the states, including the Columbian district, have designed pathways to bring the medicine to the consumers. Epidiolex providers do not require any special certificate or license and it is the only FDA approved treatment for seizures prepared from medical Cannabis. Others still require a lot of research and procedures.

Is Epidiolex a good solution when all other medicines don’t work?

When traditional treatments are not effective in controlling seizures, then it is reasonable to use CBD. However, it should be considered only after an in-depth evaluation at any specialized epilepsy center. This will help you examine whether all the previously used solutions are reasonably tried or not. There is a possibility that you did not get appropriate results because of the incorrect use of non-CBD medicines.

CBD is a compound that is abundantly studied by researchers for its potency to treat seizures related to epilepsy. Even after sufficient evidence is available to prove its effectiveness, particular attention should be paid while combining CBD with other medicines like Valproic Acid or Onfi. If not taken in the prescribed and controlled amounts, there are chances of liver ailments and excessive tiredness along with diarrhea, upset stomach, insomnia, and poor sleeping patterns. The mechanism of CBD interaction with several other anti-epileptic drugs is still unknown because many metabolic pathways involved in such interactions are still under examination. However, the currently available results encourage the controlled use of CBD with other anti-epileptic medicines.