Ask anyone what is the first step to leading a healthy lifestyle — the answer that is most common would be to eat a healthy diet that consists of whole foods and following an exercising regime. There is a saying that goes that the more active your lifestyle is the less oil chances of falling prey to any health conditions. Speaking about health conditions, the most common health condition around the world is diabetes. People call it a friendly disease as we can gain control over it by leading a disciplined life. We are not just saying this, as this fact is backed by science as well. 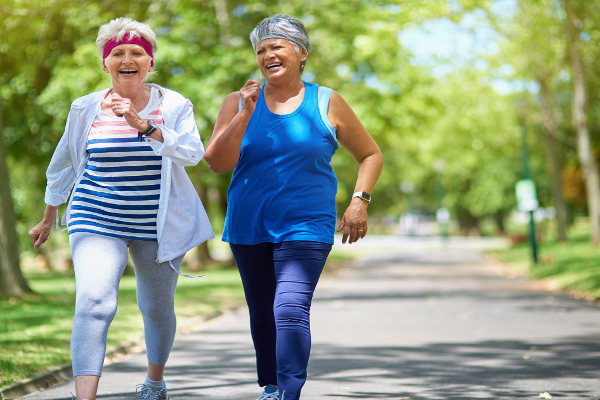 They say that physically active people reduce the risk of developing health conditions like type two diabetes. A particular study that was published in diabetes care found out that women who recorded more steps in a day had lower risk of contracting diabetes compared to those women who enjoyed a sedentary lifestyle. Another study that was published in metabolites, a journal, says that men who lead an active life have lesser risk of contracting type two diabetes compared to other men who enjoyed a lazy life.

When it is a physically active life, it ends up changing the metabolic profile of a body — this brings a lot of positive changes in our body and a healthy and active lifestyle keeps us away from health conditions such as type two diabetes. Another scientific reason for lower risk of diabetes when you are physically active is that you end up having healthy insulin secretion when you are active.

The study which was published in diabetes care observed at least 4838 women who are older with a median age of 78.9 and did not have diabetes, and then they were followed up to at least 6.9 years. The steps that they took every single day were monitored using accelerometers to understand not just the number of steps that they took each day but also the intensity of the steps that were labeled between light intensity to moderate intensity and then to vigorous intensity. The findings of the study indicated that women who had moderate to vigorous intensity steps were directly associated with lower chances of diabetes when compared to light to intensity steps.

The study threw light on the fact that the more number of steps you take each day, it gets directly associated with lower chances of diabetes as you grow older. For women who are already older, taking at least 2000 steps per day or incrementing it by 2000 steps a day is linked with 12% lower chances of any critical health condition including type two diabetes. Women who were the same age and had a Sedentary lifestyle, they fell in the high-risk category of mobility disability, mortality, and cardiovascular diseases.

At the end of the study, it was concluded that for each of these women and their outcomes light intensity activities were considered as important for prevention, however, moderate-vigorous intensity activities are always a better option to avoid such health conditions completely.

This study was primarily based on physical activities of men and the data that was used in the study was from 8749 men who had enrolled for METSIM witches metabolic syndrome in men study that was conducted in Finland. The median age of these men was 58 years. Most of these men did not have any diabetes and were followed up for at least 7.8 years to understand if they were at a risk of diabetes then or not.

That physical activity was studied and determined with the help of a questionnaire that helped us assess how much men exercise and how often they exercise every week. And the results showed that those participants who were found to be more physically active achieved a healthier metabolic profile and had lower chances of type two diabetes when compared to those participants who were lazy and had very little to no physical activity. Men who performed more physical activity almost had a 39% lower risk when it comes to talking to diabetes compared to physically inactive men. The results of the study also shows how an increase in physical activity is associated with an increase in insulin sensitivity and also insulin secretion.

Studies through light as to how regular physical activities lead to a lower risk of insulin resistance, type two diabetes, and metabolic syndrome. Or not now, insulin sensitivity is our body’s capability of regulating blood sugar levels and also helps improve physical activity. There are various types of exercises and all of them are beneficial when it comes to preventing diabetes. Exercises such as aerobic activity — swimming, walking, running, and strength training activities-like lifting weights — all of this lead to a positive improvement when it comes to your blood sugar regulation.

Always remember that in addition to eating a well balanced meal every single day, being active physically also counts as it helps prevent critical health conditions such as diabetes. Exercising directly helps in making your insulin sensitivity positive and helps you in blood sugar level management. Performing small amounts of exercise is enough and we are not asking you to go spend hours in the gym. Therefore, choose the way you want to exercise and enjoy the process and make it a part of your lifestyle. If you have any doubts, always consult your health care professionals to understand what type of physical activities suit you best and how much exercise you should be doing.