The brain has a complex system that removes waste left after cell activity. However, scientists have had difficulty determining how the brain decides when to conduct this “trash pickup.” 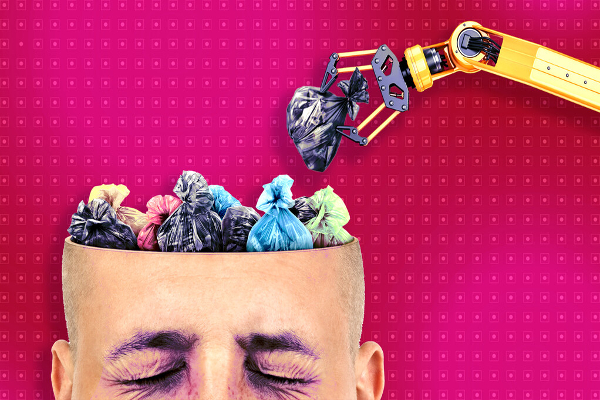 A group of scientists from Yale discovered a protein essential to this process, known as autophagy or ATG-9. It regulates the neural activity and signals its requirement for greater autophagy, which engulfs and degrades neural trash produced by the higher activity.

Mutations that impair ATG-9 trafficking at neural junctions known as synapses may help explain why autophagy fails to do its job under heightened synaptic activity, a weakness associated with various neurodegenerative disorders, including Parkinson’s disease.

The more active these neurons become, the more cellular disintegration is required to remove the damaged components. During autophagy, neurons generate an organelle that functions as the cellular equivalent of a trash pickup truck, isolating, transporting, and eventually destroying damaged cellular components. It is critical to know where and when the organelle forms because pickup must be timed and coordinated. How neurons coordinate, this process has remained a mystery.

The research team, lead by Colón-Ramos and first author Sisi Yang, a doctorate candidate at Yale, was interested in the function of the protein ATG-9, which they had discovered near neuron synapses. They discovered that ATG-9 follows neuronal activity by going through a process known as the synaptic vesicle cycle, in which cells emit neurotransmitters that carry out brain activities. They discovered that as neural activity enhances, the ATG-9 trafficking and neural vesicle cycle does so too. This indicates that cleanup is required.

The findings also add to the underlying pathophysiology of neurodegenerative illnesses associated with decreased autophagy activity. For example, the authors discovered that numerous synaptic activity-related abnormalities, including a genetic mutation, revealed in humans and associated with Parkinson’s disease, disrupt the trafficking of ATG-9 at synapses and impair neurons’ ability to enhance autophagy when neuronal activity increases.

The study was also supported by Yale’s Pietro de Camilli laboratories, the John Klingenstein Professor of Neuroscience and professor of cell biology, and Jihong Bai of the Seattle-based Fred Hutchinson Cancer Research Center.