Erectile dysfunction (ED) may affect the value of life, overall happiness, and intimate relationships among people. ED, whom people usually term as ‘impotence’, is a disorder often occurs due to inadequate blood circulation to the penis and surrounding area leading to failure to create an erection. During sexual activity, a man cannot obtain or maintain an erection. Symptoms may also involve a decreased appetite for sex or libido. It’s not unusual to have erectile dysfunction. Most people feel this during difficult times under stressful conditions. However, frequent ED is an indication of underlying health issues that require medical treatment and may also be a hint of relationship problems that a specialist will need to resolve.

Although ED is usually seen as something men can encounter later in life, it has been experienced by many “young” men in recent years. Most common in middle-aged men and beyond, high BP and diabetes may be the factor responsible for it. The fact that younger men, too, can be susceptible is less frequently discussed. 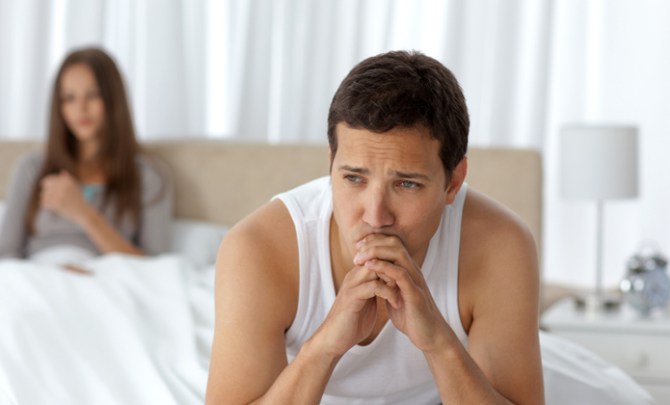 Studies on ED in Young Men?

ED may occur at any stage of the penis erection process due to problems. Researchers always use the age 40 as a cut-off point, with people dropping below that age being considered ‘young’. One of the studies published tracked the ages of 429 consecutive men who attended a clinic to seek treatment for ED. They found that 1 out of 4 male patients, almost 25% who presented with ED was under the age of 40. A more elaborate analysis of the research conducted on young men with ED found that almost 30% of men between 18-40 years of age reported this difficulty (1).

The research clearly stated that the same factors that contribute to ED in older men also lead to ED in men below 40. Factors such as anxiety, depression, relationship conflict, and frustration have been reported to more unexpectedly interfere with sexual functioning in young people. Researchers also pointed out that physical or hereditary indications of symptoms often related to hormones, cardiovascular health, and metabolic activity tend to have a slower, adverse impact on men’s erectile activity irrespective of the age. Recent studies also identify that as compared to older people, men under 40 years old experiencing ED were found to be a chronic smoker and were using illicit drugs.

Most recent studies suggested that 50% of men in their 30s struggled with ED. Nearly half of these men have expressed work-related stress and unhappy personal life as a cause of this problem. Researchers say the younger the man is, the psychological aspect has a major role to play in getting ED. Out of the 40% of young people complaining of some sort of erection problem, 60% have psychological issues, relating to anxiety and depression, which reduces their libido.

What is happening, physiologically, is very easy to explain. The human body secretes a sudden spike of stress hormones like adrenaline when you’re feeling nervous, narrowing the blood vessels and reduces the blood circulation to the penis. You may experience a lack of attention in things you usually get pleasure from with depression, along with disappointment, exhaustion, and a sense of worthlessness.

Young men exhibit ED primarily due to poor lifestyle habits. Acquired diseases such as diabetes, obesity are due to poor diet, lack of exercise, excessive consumption of alcohol, smoking, and relationship stress. If ED is triggered by any of these factors related to your style of living, you may reduce or remove the symptoms by doing changes in your diet or lifestyle. If ED is caused by any of these lifestyle issues, there are obvious possibilities to reduce or eliminate the symptoms by changing lifestyle habits and alternation in the diet.

To investigate alternative therapies for ED in younger people, researchers explored the effect of food consumption on ED prevalence. They found that men who eat fruits and vegetables more and intake very less amount of dairy and alcohol with less-intense smoking habits have no issues with erectile difficulties.

In a study published, the researchers claimed that the medical and physical health factors are quite heavily weighted on the psychological components that may be linked to ED. The researchers did a study on 367 male military personnel below 40 or younger on the potential association of ED with sexual anxiety and genital image. The findings indicate that participants with a more optimistic opinion about their genitals had possibly fewer rates of sexual anxiety. It was also correlated with lower levels of ED. This study indicates that concentrating on the expectations of men about their genitals and how men handle their sexual discomfort about their sexual performance may be a useful component in minimizing the impact of ED on certain men.

Bear in mind that blood pressure works on your penis, and make sure that your circulatory system works in good form. What makes your heart happy is perfect for your sexual health.

Cardio-vascular exercise is considered to be the finest way to maintain your health. Sex may increase your heart rate, but regular exercise keeps your heart n shape and thus may boost your sexual performance. Thirty minutes a day of workouts, such as running and swimming, will do wonders to improve your libido.

Garlic and Onions: Many studies have proved the role of onions and garlic in improving blood circulation. Eat more of them in the diet.

Banana: It is rich in Potassium. Eat this fruit regularly. It can lower your blood pressure and also have an impact on your sexual performance.

Chillies and peppers: These natural spices help in blood circulation. They are also useful in lowering high BP and inflammation.

Omega-3 fatty acids: Omega-3 can be found in fish, avocados, and olive oil. Eating food rich in this form off fat helps in the circulation of blood.

Vitamin B-1: Rich sources of this vitamin are peanuts and kidney beans. It acts on the nervous system and triggers messages to your penis from the brain.

Eggs: High in other vitamins B, eating eggs help balance hormone levels. It decreases the stress that often inhibits an erection.

Stress can have an impact on all areas of your health, including libido. Stress raises palpitation in the heart, and blood pressure decreases. Both of these harms sexual desire and performance. Psychological stress can also affect an erection or the attainment of orgasm. Exercise is a perfect way to improve your health and reduce stress. Even speaking to your partner strengthens your relationship and also calms you down.

Too much stress can also cause bad behaviors, such as smoking or consuming alcohol, which can affect your sexual performance. What you’re counting on to unwind, such as smoking and alcohol intake, may also influence sexual performance. While studies indicate that the intake of a little bit of red wine can boost circulation, but too much alcohol can have adverse effects. It narrows blood vessels, and many studies have linked it with the cause of impotence. Cutting down or stopping smoking is also one of the first moves towards improving results. Replacing poor habits with healthier ones, such as eating well and exercising, will help improve sexual wellbeing.

Although men above 40 years of age are more prone to ED, people under 40, still report erectile difficulties, that too on higher ratio. Because of our limited knowledge of causes and therapies for young people with ED, several studies have suggested that in younger men, physicians may not take symptoms as seriously or recommend effective treatment. Increased work that focuses on specific factors linked to the experiences of young men with ED, also through the relationships and psychological factors, should be given more priority in treatment.